I'm less than 18" from my computer screen connecting me to the World Wide Web!

Oops! Apparently I had the Moon too far out... I have since corrected that!
Thanks Doug for pointing that out... at least I know someone reads my blogs! ;-)
Sc 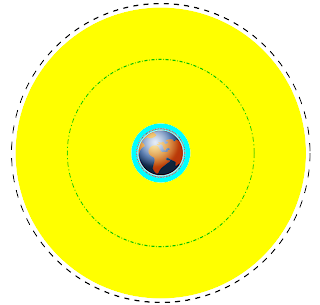