Past it's End Error! Have you ever been past your end?

In a previous post I wrote about a warning message that stated that there were no warnings!
Warning... there are no Warnings!!

Kind or reminded me of the "Lost in Space" Robot.... 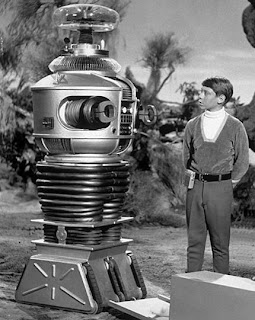 Warning Will Robinson, Warning.... There are No Warnings !!!

Well...!
I now have another funny error message produced by Revit!

Now, I've never heard of my Central File being "Past it's End" before, its kind of like my project has a expiry date? Or maybe Revit decided that my project is now complete and we have passed the end of the project??

Once I passed the rear end of my car but that's not really Revit related.....I digress.

Not really sure exactly what Revit means by this statement...? I believe it was caused by one user pushing a large amount of data to the Central file as another user was trying to pull information from the Central file...and basically Revit timed out with the sync...  Once the "push" of information was complete the "pull" resulted in no error messages.

I've had similar issues before with many people working on one project and having syncing issues, using the Revit Server resolves a lot of these issues....

Once the Riverbed issue is resolved the Universe can once again regain stability and there will be no Warnings from the Revit Robot.