Still in Kiev the subway is one of the deepest in the world. The reason for this is that during the cold war period it would double as a nuclear fall out shelter. The escalators are soooo long they're amazing!! At the bottom there are these huge doors that would close during an "emergency" and there are stores of provisions...quite amazing really... 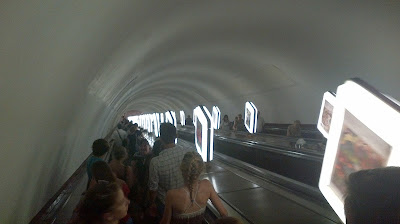 Apparently parking in Kiev is a rare commodity.. You park wherever you can. At first I thought that there was an accident but then realized that this is where you park. On the sidewalk, at intersection, on crossings, anywhere where there is a free spot. 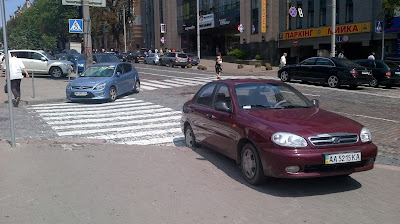 We caught the overnight train to Chernivtsi and had a tour of the historical university. See images below. Apparently one of the best universities in Ukraine. Chernivtsi is a sister city with Saskatoon! 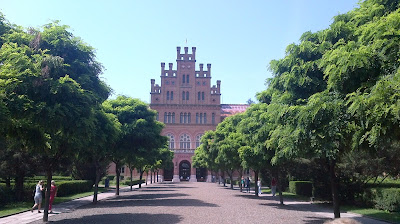 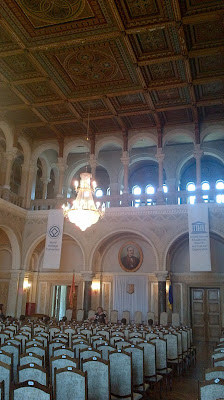 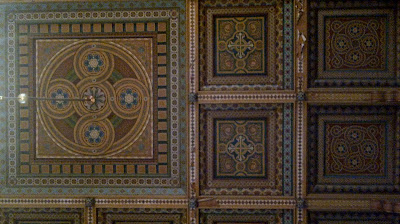 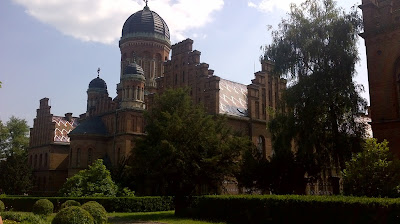 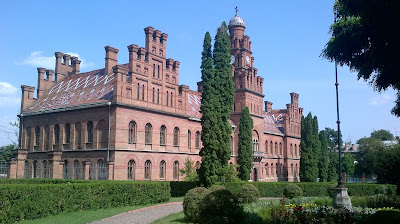 We hopped on our bus again and headed towards Kamianets Podilsky but stopped along the way to take some pictures of the beautiful fields of sun flowers. We also had to stop to have a break from the crappy road!!! Omg! Potholes everywhere!! 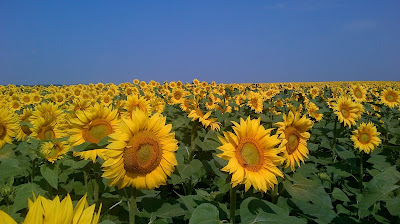 Visited the historical castle at Kamianets Podilsky.
Rebuilt and added to many times and only been taken twice during its long history. 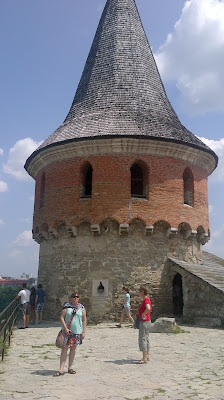 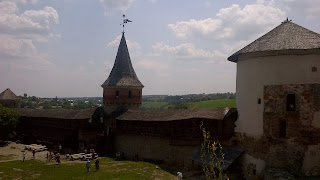 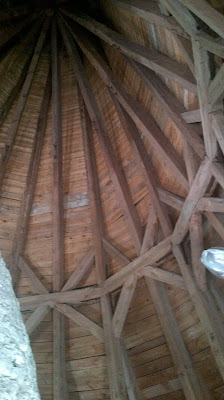 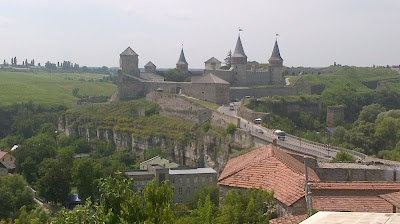 Typical masonry construction. Not sure about their building codes though..... 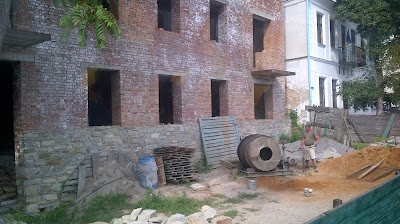 Off to the Carpathian mountains today. Into more rural areas which are less economically developed.