Finally, enjoy yourself !.
It's a great opportunity to meet people. I learn the most after the sessions when I talk to people.

Also don't forget to sign up for JJ's and my session.

AU Session not to be missed: Real Revit set up and its partnership with a BIM Execution Plan

This should be a great presentation with some valuable information...!

Description:
Do you need to set up a workflow for the introduction of full BIM use on a project? Have your teams been struggling with adoption? Let us share our expertise with you as we take a broader look at what works and what doesn't from execution plans, down to simple file management. Regardless of your experience as a BIM manager on a project - you are certain to pick up valuable tips on true production Revit and the development/real-world use of an Execution Plan.
Justin James, REACH-Consulting Ltd., Founder and President - Primary Speaker
Scott Chatterton, CEI Architecture, BIM/Quality Control Manager - Co-Speaker

Target Audience:
Any member of a project team looking to increase their communication, to in turn streamline workflows creating efficiencies.

CEI Architecture is proud to announce that they are now members of the Canada BIM Council.
CEI's own BIM Manager, Scott Chatterton has also recently been appointed to the CanBIM Board of Directors.

Check out the CanBIM news release HERE
See what membership to CanBIM can do for you: Membership

Thank you to the speakers and sponsors of last nights event, it was a great success. We had over 60 people attend last night and all the feedback I have had so far has been excellent, everyone thoroughly enjoyed the knowledgeable, interesting speakers who's presentation not only complimented each other but also flowed one into another. 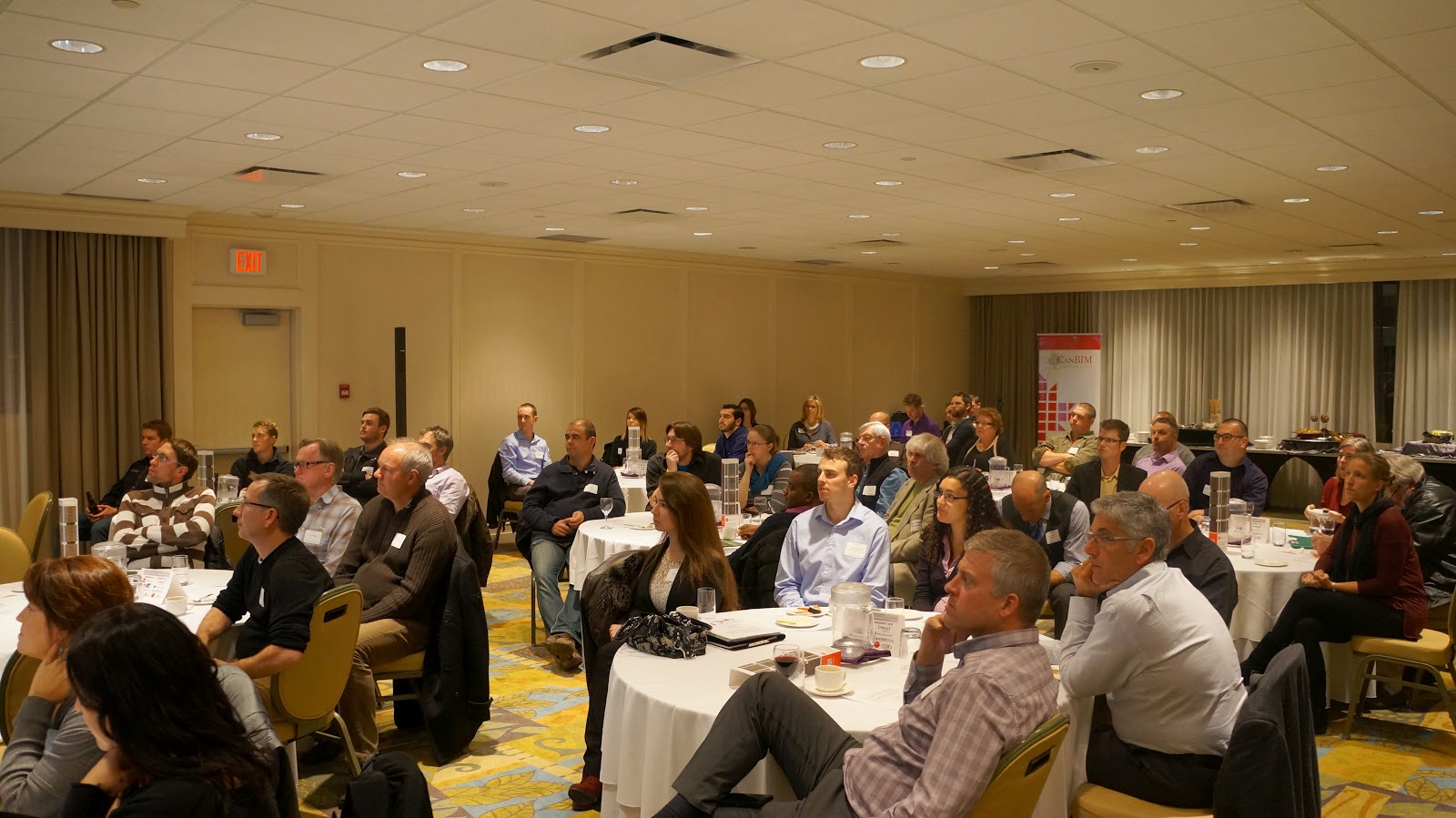 Thank you to my sponsors listed below, please check out the links to their website. These sponsors fully support BIM in the AEC industry.

Special thanks to each of my guest speakers who are each leaders and innovators in the industry:
Allan Partridge from Group2 Architecture. Allan is also the President of CanBIM
Nick Bevanda, partner in charge of design at CEI Architecture
Lucas Epp Project Engineer for StructureCraft

Also....
Tracey from Points West Audio Visual for supplying the AV equipment and helping with the set up.
Jim from CanCADD with the printing.
Bob from Summit AEC
Tom from Morinwood (Grow the mo Tom)
Kara and Dennis Okanagan College

And also my friends who continually help me with set up and organization, Kelly, Shari and Jacob.


I look forward to running this event again next Fall..
I also hope to run a similar event in Vancouver and possibly Edmonton and/or Calgary next year.

Sc
Posted by Scott Chatterton at 10:41 am No comments:

CanBIM Regional Session - Save the Date

CanBIM Regional Session - Save the Date

The Role of BIM for Owners and Facility Managers

Building owners and facility managers are discovering the value of BIM.  The life-cycle benefits are immense when we consider the large amount of information that is stored in the model pertaining to every aspect of a building. When harnessed properly, this data can improve building performance, save time, effort, and money in running and maintaining the building during its life cycle. The information available to Owners and Facility Managers via the BIM can also serve as a foundation for future modifications and alterations to the property.

With the downstream benefits being so high, it’s only a matter of time before Owners will be using BIM. How can Owners and Facility Managers begin using BIM? What can AEC (Architecture, Engineering, Construction) firms do to accommodate this process? Join us in Montréal to learn more!

REGISTER Here
Posted by Scott Chatterton at 12:30 am No comments:

Email ThisBlogThis!Share to TwitterShare to FacebookShare to Pinterest
Labels: CanBIM

Please join us for an informative and lively evening with presentations by distinguished industry speakers. This event is designed to keep you informed of the recent developments in innovation of the design and construction industry. This is also a great opportunity to network with other professionals in the architectural, engineering and construction industries.

This free event is brought to you by: 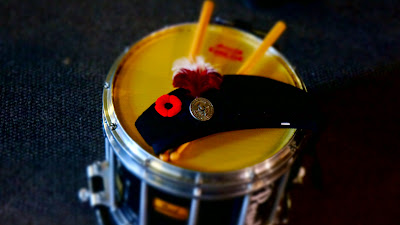 "The red remembrance poppy has become a familiar emblem of Remembrance Day due to the poem "In Flanders Fields". These poppies bloomed across some of the worst battlefields of Flanders in World War I"

On this day we pay tribute to the members of the armed forces who have died in the line of duty.
This memorial day is observed in Commonwealth countries since the end of World War 1.

Winston Churchill once said:
"If you will not fight for right when you can easily win without blood shed; if you will not fight when your victory is sure and not too costly; you may come to the moment when you will have to fight with all the odds against you and only a precarious chance of survival. There may even be a worse case. You may have to fight when there is no hope of victory, because it is better to perish than to live as slaves."

Posted by Scott Chatterton at 9:37 am No comments:

I was in Calgary and Edmonton last week attending two meetings.

The first was the BIM Health Check run by the Calgary BIM Community. The second was organised by a friend of mine from Athabasca University on Virtual Design Studio. Both meetings were very informative and were well attended by prominent members of the local AEC industries.

What I realized after participating in the discussions during the meetings and the conversations that transpired afterwards was that I believe we are in a cross roads in the AEC industry. All be it a rather large cross road, the days of kicking off BIM are behind us, most of us have now adopted BIM and it is now an integral part of our workflow. We now "collaborate" with each other by sharing models for the purpose of coordination. Some of us are collaborating with the construction companies for QTO and 4D and 5D scheduling and cost analysis, however few of us are utilizing the model beyond construction.

Two answers came to mind when I asked why...

1: The client. Typically the building owner or operator do not understand the value and implications of utilizing the Building Information Model.

2: Demand. Currently in Canada we do not have a mandate by the authorities to demand projects be completed utilizing BIM.

I'll address point #1 first.
Throughout my BIM career I have had the opportunity to speak to many people, train and instruct Architects, Engineers, tech's, contractors, sub trades etc.... but very few opportunities to actually speak to the people who gain the most from BIM... the Client! Be it the building owner or operator... not sure if it's because it's hard to get these people together in one room or if they are a shy, rare species?

There is no mandate by the authorities demanding us to utilize BIM.
Right now what I'm seeing is a push by the large construction companies demanding full collaboration as they can utilize the BIM for clash detection, construction sequencing and cost analysis. This is great, however we need to take it a step further and use the BIM for building maintenance and facilities management and even one step beyond that for building demolition and recycling (cradle to cradle design).

Currently the construction industry is based upon a outdated model that has not progressed with the technology available to us, this includes the contract types, bid process and even submission to authorities. We need to change that, for the better of our projects and ultimately for the better of the industry.

On my way to the airport on Thursday I had dinner with a friend of mine Justin James of Reach Consulting, we (actually mainly him) talked about making a difference to the industry.

I agree, we can make a difference and the changes don't have to be huge. We can initiate change in small increments, which as a whole can initiate larger change.

So if you have the opportunity to talk to your client, contractor, sub trades and authorities about utilizing BIM you too can initiate change.

I recently visited our office in Victoria on Vancouver Island.

I drove so I could pack over our portable training lab as well as the Oculus Rift goggles and my usual travelling luggage including my laptop etc...

When I visit the Victoria office I typically stay close to the office so I can park my car and walk which is what I did this time. Here's a photo of my "road train" I dragged to the office in the morning.
It actually worked quite well considering how heavy not only my laptop bag is (I have absolutely everything in there) but the pelican case with 5 laptops and accessories is also quite heavy. It also comes with the obligatory umbrella, we are talking about the west coast here!! 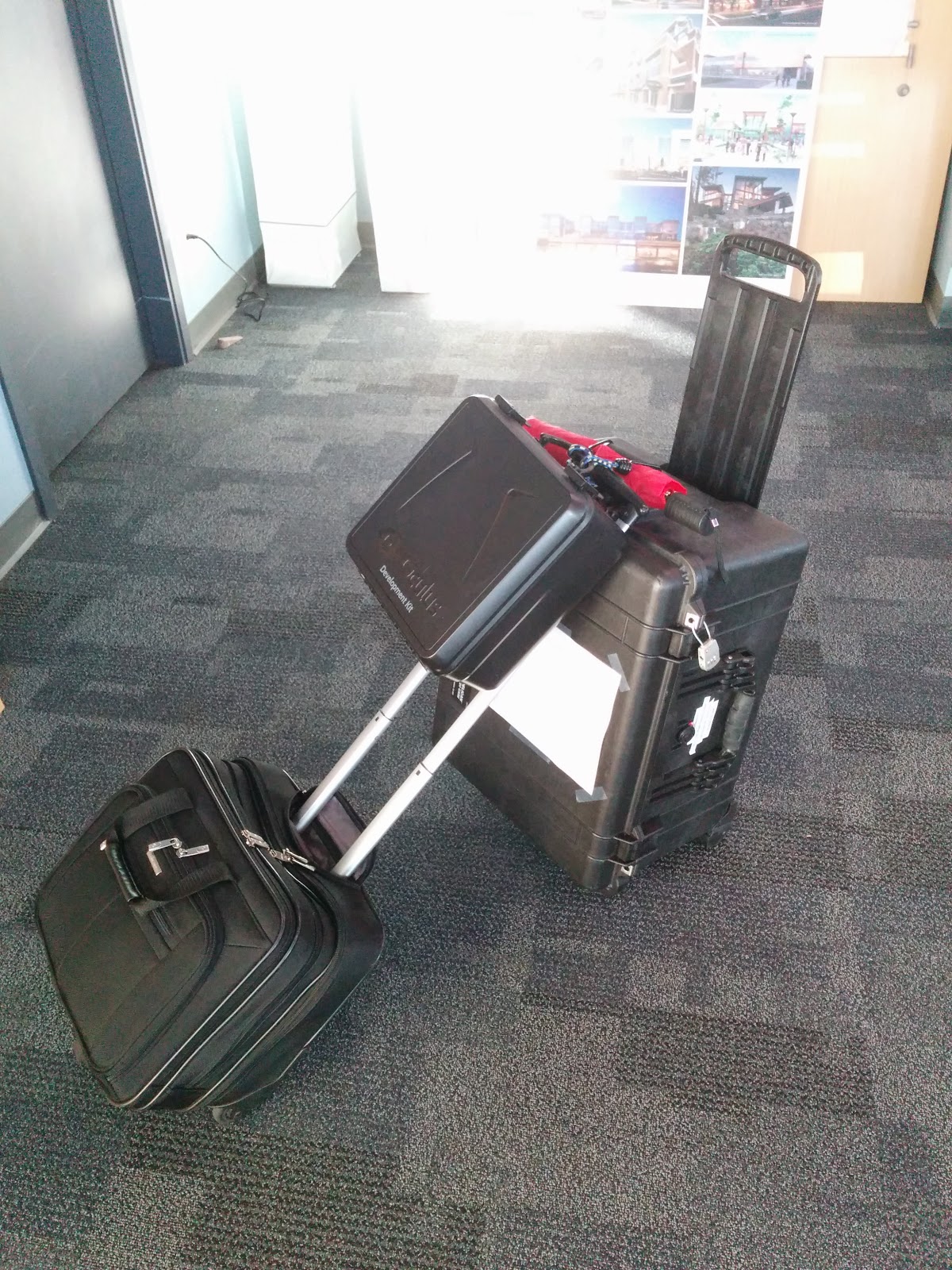 
Keep your staff engaged, run regular training and information sessions that includes all offices. You have the opportunity to be the "glue" that helps bind the offices together.
That's important!

I have been asked to co-present a session at AU this year.

Woo hoo, finally I get to present at AU... even if it means I have to get in through the back door!

I wont go on and on about how many times I have submitted sessions to AU... it's a lot.... I'm proud to have been asked by Justin James of Reach Consulting to co-present with him, it means a lot to me just to be asked!

Justin and I have presented and taught together in the past on the subject of BIM, we are both passionate about the subject which comes across during our presentations (I think JJ may in fact be better at presenting than I am, but dont tell him I said that!).

Do you need to set up a workflow for the introduction of full BIM use on a project? Have your teams been struggling with adoption? Let us share our expertise with you as we take a broader look at what works and what doesn't from execution plans, down to simple file management. Regardless of your experience as a BIM manager on a project - you are certain to pick up valuable tips on true production Revit and the development/real-world use of an Execution Plan.

Check out the session and sign-up, it's sure to be an entertaining and informative session.
I'm going!

Sc
Posted by Scott Chatterton at 12:30 am No comments: