When creating 3D views to use on your sheets you can “Lock” the view to prevent you from inadvertently orbiting or rotating within the view.


On the View control Bar select the “Locked 3D View” icon. Revit will ask you to give this view a unique name and to save the orientation. After this has been done you can now add text and even tag objects in your locked view.

If you unlock the view the tags will disappear (until you relock and Restore Orientation) but your text will remain and try it’s best to remain readable according to the orientation of the view.


When Dimensioning to Center of Walls, Openings or Columns you can specify the Dimension style to add a Center Line Symbol and even change the leader line style.

For Example, here I changed the leader line to Centerline and added a Center Line symbol. 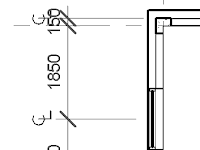 Duplicate the dimension style and modify the settings under the properties of the new style.


You can customize how dimension segment values display in an equality dimension.
On the Properties of the EQ’d dimension you can now select:


When editing the type of a Dimension you now have the option to control the Equity function.

You now have the option to control:


·         Create a formula to show the value of the segments based on Dimension Parameters.


Sometimes to clearly show objects in your model you need to be able to make some things transparent. This works well if your showing a office layout or Stairs in a 3D view, you can make the walls and doors transparent to clearly show the design behind these objects.

Under the “Override Graphics in View” you now have available a Transparency option where you can set the transparency of an object (or group of objects). 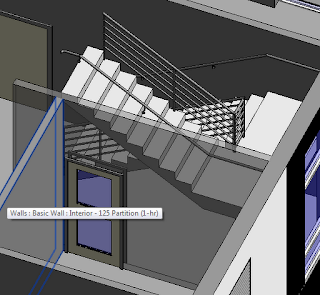 Posted by Scott Chatterton at 6:00 am