There are many battles in too many wars to fully pay tribute to the fallen soldiers of these conflicts. 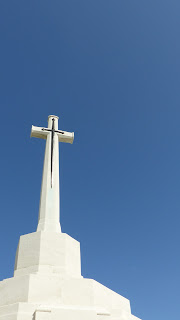 Earlier this year I was fortunate to be able to tour some of these monuments in the North of France, in particular, my wife and I were able to visit many memorials (there are so many WW1 cemeteries that are so well respectfully kept by the small townships) specifically we visited the Canadian memorial Vimy Ridge, the ANZAC Memorial in Villers Bretonneux, the township of Passchendaele, the Beaumont-Hamel memorial dedicated to the Newfoundland Regiment,and the Thiepval Memorial to the Battle of the Somme where two of my Mum's uncles fought and survived.


All of which are very powerful, moving tributes to those who served.

We were there to commemorate the unveiling of a monument dedicated to the battle of Hill 70, a pre-cursor to Vimy Ridge and critical in the establishment of Curie's reputation as a strong leader of Canadian forces. 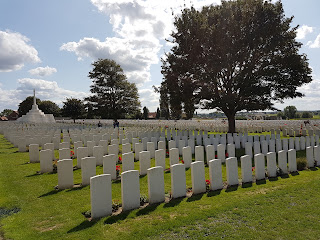 This Saturday at the 11th hour of the 11th day of the 11th month I will be attending our local Remembrance Day event.


If you are able please spend some time to remember those that have sacrificed their lives, whether they were killed in action, wounded or survived and able to come home albeit a changed person.

Think about those veterans that are come home from our current conflicts, some with visible battle scars, all with the less visible scars of memories of war.
Lest we forget.
Of the Vimy Ridge Monument, Walter Allward once said that his inspiration for the monument came to him in a dream. The two pylons represent Canada and France, the two nations beset by war and united to fight for a common goal of peace and freedom for the Allied nations.

To some, the pylons seem like twin sentinels, silently guarding a peaceful world, or a gateway to a better world where peace prevails.

Posted by Scott Chatterton at 12:01 am